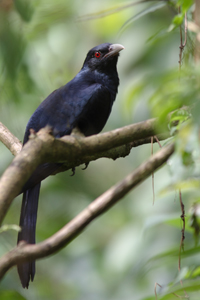 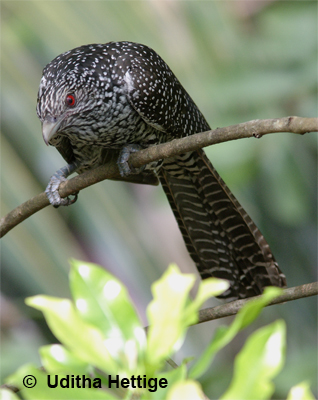 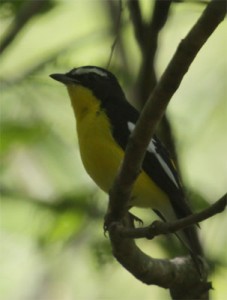 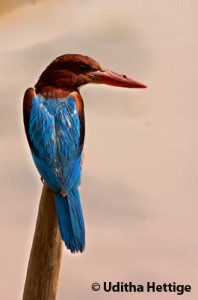 After the recent rains the Common Shrub Frogs (Philautus popularis) in my home garden and neighbouring gardens have started calling after dusk in these days.  This is a quite small, mainly a brown frog living hidden in the foliage of plants. With rains males start singing to attract females for breeding. During dry season they are quiet and well hidden, and no sign of their presence. Also, it is not easy to spot these little frogs in the foliage even during the time when the males are singing. 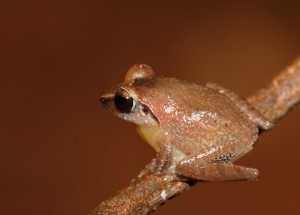 Song of these small frogs may sound more like that of grasshoppers or crickets to many people, and hearing these singing frogs in home gardens may not be recognized as they are kind of a frog.

A few singing males were recorded with a Zoom H4n recorder in stereo a few days ago in my home garden.  The following track features the recording made in stereo.

Males sing with their throat sac inflated and is can be seen in the photo below. 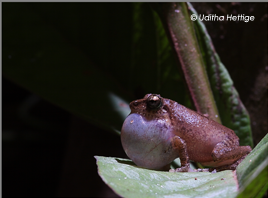