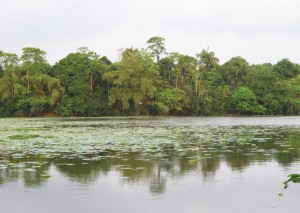 I missed participating in the International Dawn Chorus Day this year, which was on Sunday 1st  May (http://idcd.info/idcd/). While participating in the 2nd Global Big Day (http://ebird.org/ebird/globalbigday) on 14th May at the Talangama wetlands, together with a fellow birder Dr. Senaka Abeyratne, I thought experience the dawn chorus there as it was the place where I was on the IDCD last year. We reached the wetland just before dawn and began to count the bird species for the Global Big Day event. At the same time, while the dawn was disappearing I recorded calling of birds at the location. Sound track below features a part of the recording I made.

In the bird chorus above calls of the following birds can be heard in order of their appearance on the sound track: Red-vented Bulbul, Pheasant-tailed Jacana, White-browed Bulbul, Common Myna, Asian Koel, White-breasted Waterhen, Lesser Whistling Duck and Common Moorhean.

Sunday 3rd May is the International Dawn Chorus Day. The birds that utter their sounds in the early morning make the dawn chorus. This day is marked to enjoy this nature’s daily wonder and thereby understand importance of the natural world and its conservation.

On this day people can experience the dawn chorus either in their home garden or at another habitat nearby. Listening in the early morning you can learn what birds mix their sounds in to the dawn chorus this time of the year. Also, you can enjoy melody and pleasant nature of the sounds of these birds. We are in the tropics can experience the birds that breed in the area this time of the year would be the first to come to sing in the chorus. If you wish, you are welcome to share your experience of dawn chorus that you will hear on the day, in this blog by emailing your relevant notes, etc.

Enjoy the dawn chorus in your area on the Sunday 3rd May.

Below is a part of recording of dawn chorus that I made at Nilgala forest a few years ago. 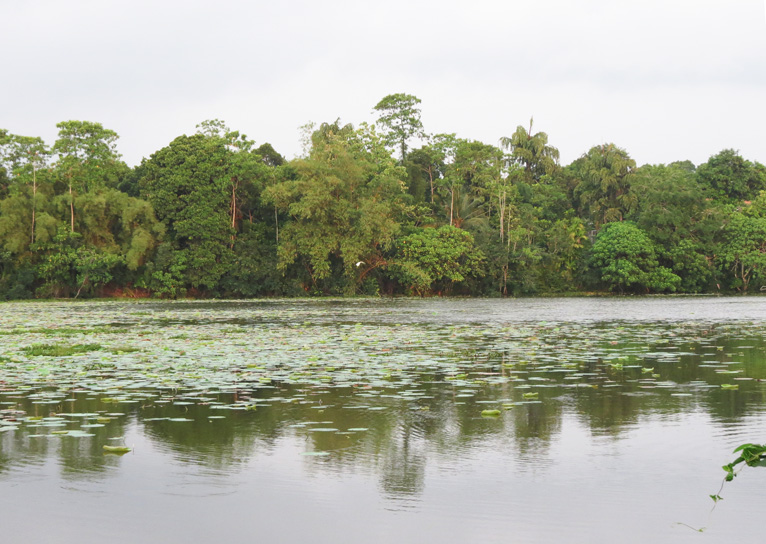 Today, International Dawn Chorus Day, I planned to visit a wetland to experience the dawn chorus there, while my daughter and wife agreed listen to the dawn chorus at our home garden. I reached Talangama tank by 5.10 am while it was still dark about 20min before to the dawn of the day.  When I arrived there a male Oriental Magpie-Robin had already started to sing its beautiful songs from a tree along the tank bund. Soon an Asian Koel started to call and then a White-bellied Drongo began its repertoire, while shrub frogs vocalizing from plants in the area nearby. Those birds started to sing well before dawn as this is their breeding season.

Before the dawn waterbirds that vocalized was only a pair of White-breasted Waterhen while the magpie-robin  was still singing its powerful and melodious song. It was also lightning and thundering that time.

Dawn was around 6.30am when other birds at the wetland began to fill the chorus with their sounds. White-breasted Kingfisher, White-breasted Waterhens and an egret were amongst others in the dawn chorus.

Soon after the dawn the chorus became significantly rich with bird sounds. More individuals of most of the birds mentioned earlier contributed to the dawn chorus.  There was also a Purple Heron calling while it was leaving the night roost (heard between 33 sec. and 36 sec. in the sound track below).

At dawn egrets and herons were roosting at their regular night roost began to flying out while Asian Openbills and Black-headed Ibises were still remaining at the roost. Mainly the Black-crowned night Herons were heard while they were leaving the roost. 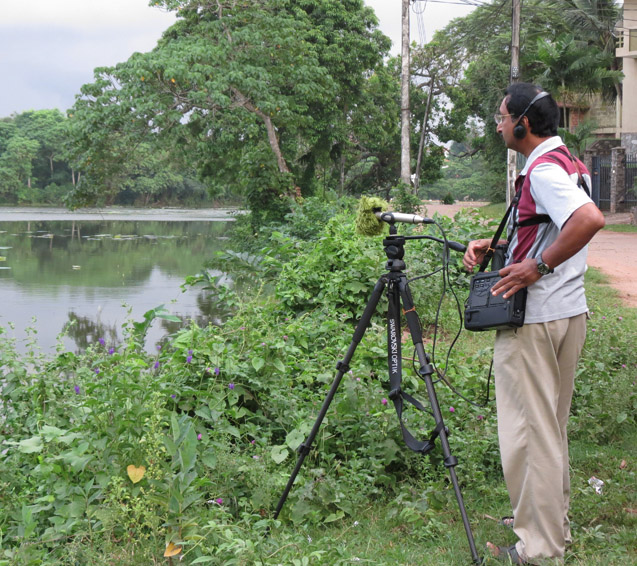 Common Kingfisher, a pair of Little Grebes and Red-wattled Lapwing heard  at other places.

There were other birds, such as Greater Coucals, Green-imperial pigeons, Spotted Doves, White-browed Bulbuls,  Red-vented Bulbuls, Common Mynahs, Black-headed Orioles, etc. from trees on bank of  the tank or from surrounding home gardens participated in the morning bird chorus. Heavy rain began by 6.30 am following the lightning and thundering that continued from predawn.

As it expects from having an International Dawn Chorus Day it indicates profusely to the listeners the presence of a rich birdlife at wetlands and adjoining habitats in suburban areas, and also it signifies the importance of preserving these habitats.

In the end of April my father told me that the International dawn chorus day is on 3rd of May. He told that he is going to Talangama Tank to listen to the dawn chorus there on that day and asked whether my mother and me can do the same at our home garden. So, today my mother and me went in to the garden at 5.20 a.m. equipped with an audio recorder which my father set up for me yesterday. At first there was only insects and shrub frogs calling and it was still dark. Dawn was around 6.30 a.m. and the first one to call was the Asian Koel.

Then the other birds began to call, Red-vented Bulbul  and Yellow-billed Babbler joined the koel.

The Oriental  White-eye joined the chorus with singing its rather soft, undulating and melodious song. And the Red-vented Bulbul continued to sing with more of its different types of songs.

And there were two Red-vented Bulbuls singing from their own territories while the other birds continue their chorus. The finest songbird in our home gardens the Oriental Magpie-Robin participated only with a single ‘peee..’ note in the background. 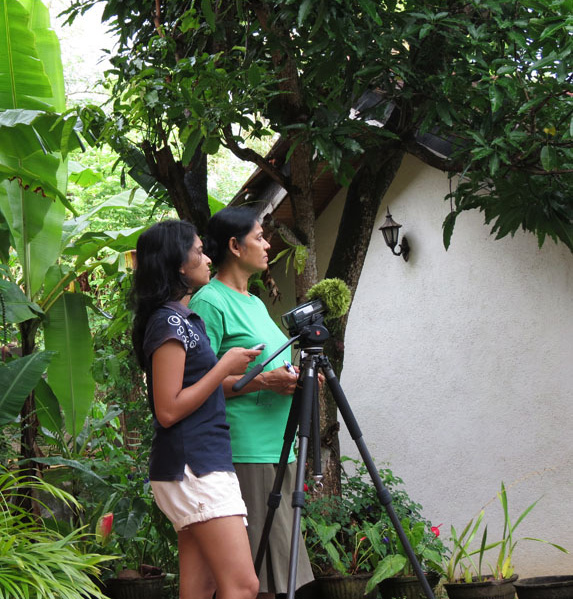 Two Common Tailorbirds joined in the chorus with their very loud calls. The Brown-headed Barbet came in to the chorus with its fast, loud song while the parakeets flew over and thunder  rumbled in the sky.

While I was recording my mother wrote down the birds which called. At about 6.20 a.m. we had to stop our listening session, because the rain started to pour down. The dawn chorus day is meant to listen and enjoy the chorus of birds in the morning, so actually my mother and me enjoyed it very much today. Also it was an opportunity to learn about the bird calls further.